Schönbrunn Palace is one of the top attractions in Vienna and probably the most famous palace in Austria. Schönbrunn is a few kilometres outside the city centre, but you can reach the palace in a few minutes by underground. In addition to the palace itself, the palace garden is also extremely worth seeing, and the famous Vienna Zoo is also located here.

Schönbrunn Palace was built in its present form in the 1740s for Empress Maria Theresa. Various palaces had already stood on the same site before that. It was a palace outside the city with a gigantic garden, and the empress often stayed here, especially in summer.

Until World War I and the end of the monarchy in Austria, Schönbrunn Palace was always an important palace for the emperors of Austria. Important and still grandiose today is the huge palace garden (over 1.5 km²). The oldest zoo in the world, the Schönbrunn Zoo, is just one of the highlights in the park. The palace and park have been a UNESCO World Heritage Site since 1996.

Most of the park can be visited free of charge. You have to pay an entrance fee for Schönbrunn Palace. A visit to the large, magnificent palace is definitely worthwhile. There are many rooms and halls in the building, and more than a dozen are world-famous. These include, for example, the Napoleon Room, Napoleon lived in Schönbrunn Palace, and Maria Theresa’s Great Hall of Mirrors. Mozart gave piano concerts here for the empress as a child. Don’t miss the Porcelain Room, the Red Salon and the Millions Room with its famous miniatures from the Near East. You can also see the Palace Theatre, where performances are still held today. Mozart and Haydn used to perform here.

A visit to Schönbrunn Palace on a guided tour is particularly interesting. There are so many details in the many rooms that a layman can hardly understand. There are also many small, interesting stories surrounding the approximately 270-year-old palace. Schönbrunn is the most visited palace in Austria by tourists today.

Tickets Schönbrunn Palace should be bought in advance

Visiting the palace is very popular, thousands of visitors come every day. You often have to wait and queue for a long time. Guided tours are often sold out. That’s why you should buy your tickets in advance on the internet. We recommend a guided tour of the palace building: You can book on this page

The Imperial Carriage Museum in the park of Schönbrunn Palace. Worth seeing!  >>>   More information and tickets

You can explore the huge castle park either on foot or with a hop-on hop-off “Bimmelbahn”, official name Panorama-Train. There are 9 stops, you can get off anywhere and continue with a later train: More info and booking

Tickets for the world-famous zoo in Schönbrunn Palace Park, the oldest zoo in the world, are also available online: On this link you get tickets for the great zoo

Not far from Schönbrunn Palace is also the famous Vienna Museum of Technology. 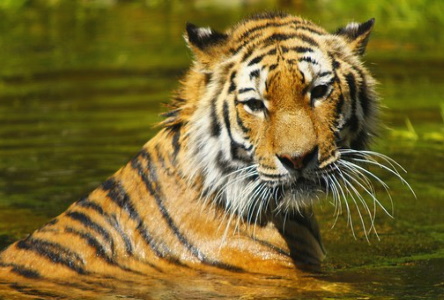 By public transport: Most visitors come by underground. The U4 line goes to the palace, the station is simply called “Schönbrunn”. From the station it is about a 10-minute walk to the entrance of the palace. Trams 10 and 60 and bus 10A also go to the palace. From the airport and the main railway station you have to change trains to get to Schönbrunn, but this is quick and easy.

Of course, you can also drive to Schönbrunn by car. There is a large car park signposted “Parkplatz Schönbrunn APCOA”. However, as far as we know, parking costs 3 euros per hour or over 30 euros for the whole day.

We have written a separate article about Schönbrunn’s famous Wagenburg: Click here